I stand before your forces of revolution to tell you about what your future might be if you fail your glorious endeavour.

I stand here as a Swede. However where I come from is no longer Sweden. My country has been transformed into an international territory; ruled by a totalitarian state which forces experimental progressive agendas on its inhabitants. Let me explain:

In Sweden, you no longer need a citizenship to educate yourself in the Swedish school system. Every human being on Earth has a right to go to school in Sweden – for free. Only Swedes themselves have to pay for it.

In Sweden, you no longer need a citizenship to enjoy free healthcare. Every human being on Earth has a right to free healthcare in Sweden. Only Swedes themselves have to pay for it.

The Swedish people is not defined in or protected by Swedish law. Only minorities are recognized on a collective scale. The Swedish people have no rights in its own state. In fact, Swedish law only recognises the Sami people as the true indigenous in Sweden.
By law it is not my country anymore!

The government, the politicians and the officials of the state has distanced themselves from the people and formed a new political class, similar to that of the Soviet union – where they rob the country and use our common resources to enrich themselves.

The apparatchiks of the state has formed a mutual alliance with the monopoly-based mass media, to enforce their agenda, control the debate and persecute every form of opposition.

The Swedish media in their turn officially co-operates with the violent communist and anarchist groups to identify and terrorise every opposition.

When the radical left and immigrant groups riot, burn cars in the streets and throw molotows at police and ambulance personnel – they get government funding and a political career.

When a dissident post an anonymous critical comment on the internet – his name and picture end up in the newspaper.

The state enforces their experimental progressive agenda by starting early to shape it inhabitants. Today – as a part of the governmentally regulated school plan – a chief function of the public schools is to erase gender identity. They do this by forcing boys to play with dolls, and girls to play with cars and guns. Even calling a boy “boy” and a girl “girl” is viewed as obsolete.

The state wants every schoolfunction to refer to every person with the made up and so called “gender neutral” word “hen”. Hen is made up by the radical feminist think tanks that are an influential part of the Swedish establishment. The use is similar to the praxis “citoienne” in revolutionary France, or “comrade” in the communist states.

As a part of the progressive agenda, Swedish State Television shows information programs for the Swedish youth – 13 to 16 – on how to have sex with immigrants and disabled. These shows is also shown in school as a mandatory part of education.
The progressive agenda is also evident in the states destruction of the normal, heterosexual family. Some politicians propose mandatory day care for two year olds.

There is also propositions on dividing parental leave, forcing dads to stay home and women to work – or leaving the kids in the care of the state.

No wonder we have 40 000 abortions every year. That is almost 0.5% percent of our total population. We kill our babies and import tens of thousands of immigrants instead.

Officials in Sweden likes to calls us the most modern country in the world.

I say to you, brothers, this is what awaits you if you choose to follow our example.

You now have the opportunity to choose and create your own future. DO not accept the trap of choosing either the West or Russia.

Europe needs free and sovereign nations, ready to unite in face of threat and danger, working together to strengthen our continent – not to work in the interests of the West or the East.

Choose your own freedom. 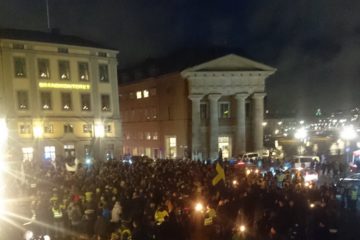 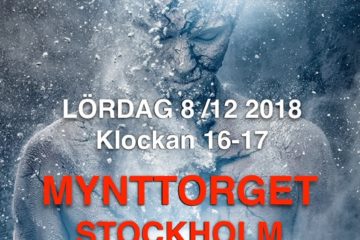